Feel the Bite TV and

When weather conditions are right and the bite is assured, I gather around my family and begin the up-hill struggle of convincing them just how much fun they would have if they went with me ice fishing. Not always an easy sell. Remembrances of prior frigidly cold fishless days always seem to get rekindled, and before long the family on mass is preparing to have me committed for even daring to raise the possibility of their re-living such experiences.

I’ll be the first to admit that convincing skeptics to try again what they already judge to be wasted and even potentially dangerous time on the ice is no mean feat. But, throw a heated ice shack into the equasion, and its possible to melt even the most frosty opposition.

Thanks to my good buddy Yannick Loranger from Ottawa River Guided Fishing, a toasty shack set over top bountiful waters was on order for the day, and he delivered. Walleye, Sauger, Perch and Pike all made an appearance over the course of the evening.

Kids moved in and out of the heated shelter freely and took advantage of fishing opportunities both indoors and out. Mom and elder teenage sister were kept toasty by the gynormous propane heater while catching their own flurry of fish.

When quitting time rolled around there were even some who wanted to stay the night. (I have to admit that sleeping in one of Yannick’s mega cabins was my idea.) In the end though, logic trumped passion, and dad and kids were loaded into the truck for the 45-minute drive back into the city.

My hope is that memories of these good times will push far to the back past memories of less favorable outings, so when March roles around we can do it all over again under the spring sun. Hey, part of being a parent and angler is exposing one’s family to the positive benefits of fishing, even if some less positive aspects are involved. I always say that if nothing challenging happens, it’s not an adventure. 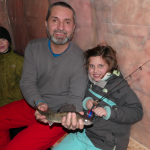 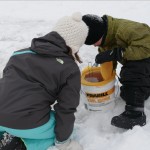 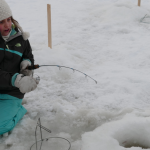 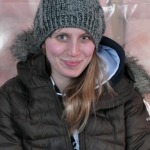 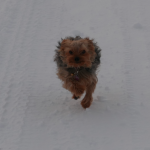 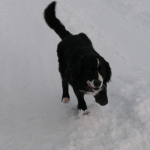 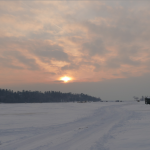